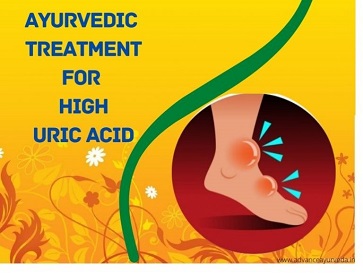 Thirty-two-year-old Harpreet Singh suffered sudden chronic pain in the wrist while in office and had to rush to a doctor. When he approached the physician, the problem could not be immediately diagnosed since Harpreet had recently met with an accident a few months ago and had a wrist injury as well. After an Orthopaedic Doctor suggested various blood tests to be done including an x-ray, Harpreet was diagnosed with gout. The uric acid level in his blood came out to be 6.9 mg/dl. Normal uric acid levels should be in the range of 3-7mg/dl for men and 2.5-6 mg/dl for women. A condition where the uric acid level is higher than normal in the blood is called hyperuricemia.

“The incidence of gout and high uric acid-related ailments have been on the rise globally, potentially due to recent shifts in diet and lifestyle, and increased longevity,” said Dr. Shridhar Aggarwal.

How Uric Acid Is Manufactured?

The breakdown of foods that are high in protein into chemicals, known as Purines is responsible for the production of uric acid in our body. While most uric acid gets dissolved in the blood and is expelled through urine by our kidneys, sometimes, however, the body produces too much of it or doesn’t filter out enough. The liver is the organ that produces Uric Acid. A Person who regularly has an intake of liquor and drugs can have a faulty liver that can manufacture more of uric acid.

Where It Gets Deposited?

The excess monosodium urate or uric acid converts into Crystal form & gets deposited in our joints — first, our toes, ankles, hands, and wrists are joints where it gets deposited. This causes painful inflammation of our joint & can be termed as a gout attack (gouty arthritis). These deposits can also increase in size and burst through the skin to form sinuses discharging a chalky & white material.

“Recurrent gout attacks & deposits of Uric Acid can lead to chronic gout. It can lead to erosion of cartilage and bones and severe joint deformities such as deformities of the toe, the inward turning of the toe, etc. A gout attack is usually known to happen after stressful events, consumption of alcohol the previous day, or after taking some types of medication. Early attacks usually get better within a few days even without treatment. Most people are surprised by their initial gout diagnosis unless they have a strong family history.

Advancing age, being of the male gender, obesity, use of certain drugs like aspirin, cyclosporine or levodopa, eating a lot of Purine rich foods (organ meat and fish), drinking a large amount of alcohol, particularly beer, and thyroid problems are some of the factors that increase the risk of gout.

In Ayurveda, Gout is known as Vatarakta. The classical symptoms are excruciating, sudden, unexpected, burning pain, redness, warmness, swelling, and stiffness in the joint. In this, generally Low-grade fever may also be present.

Following a proper diet can help us in a long way in reducing the uric acid levels in our body. Of course, it cannot be managed alone without medications as the patient is in great pain. Allopathy suggests ‘Allopurinol’ & ‘Febuxostat’ these days which can reduce the values of Uric Acid in blood. But has to be taken for long term & carries a lot of side effects. Ayurvedic treatment basically works on the root cause of the disease. Ayurveda instead offers lifestyle modifications & liver corrective medicine which provides long term relief to patients. We recommend a complete Ayurvedic Treatment for High Uric Acid, Ayurvedic diet & lifestyle program along with herbal supplements for our patients who suffer from this issue which not only relieves pain but also helps arrest the progression of the disease